At Urologic Surgeons of Arizona, our friendly, experienced staff provides personal and knowledgeable care for our patients. Call our office at (480) 409-5060 to schedule an appointment or request an appointment online. 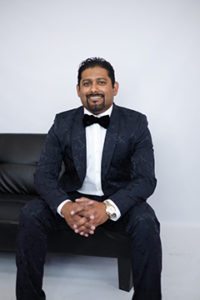 Dr. Alvi is a well-known, Board Certified Urologist practicing in the Phoenix metropolitan area. He has excellent academic credentials which serve him to be one of the top urologists in Arizona. He completed two years of post-doctorate training as a research associate at Yale University after medical school He then completed his urology residency at Massachusetts General Hospital, Harvard Medical School, Boston. The Mass. General Hospital has been ranked the #1 hospital multiple times by US News & World Report. He also served as faculty in the Urology Department of Mass General Hospital for 6 months after finishing his residency.

Dr. Alvi has been living in Arizona since 2011. He enjoys the diversity that comes with field of Urology. He has made a name for himself in minimally invasive Robotic surgery. He has performed hundreds of robotic procedures making him leader in East Valley. He is the first Urologist in the East Valley to perform a complete Robotic Radical Cystectomy procedure with an Intracorporal Urinary diversion. He is also the first one in Arizona to perform a High Intensity Focused Ultrasound (HIFU) treatment for prostate cancer with the Abaltherm Robotic HIFU machine. The HIFU was approved for prostate tissue ablation in the US in end of 2015. He sees patients from all over the Southwest including various regions of AZ, Nevada, New Mexico, and California, not to mention his international patient population. He has patients flying in from across the globe from places such as Africa, Bangladesh and Mexico. His vast expertise in complicated Robotic Surgery has made him a leader in this area, and is well respected among his peers.

Dr. Alvi is one of the few urologists in the East Valley who has vast experience in female urology. He has done hundreds of sling procedures for stress incontinence, as well as bladder and uterine prolapse procedures. He has a very large gynecology referral base in the Valley which speaks for his outcomes and trust amongst his peers. His services include Testosterone injections, Testosterone pellets, erectile dysfunction management and penile implant surgery. He is also one of the busiest penile implant specialist in the valley.

Dr. Alvi enjoys traveling, spending time with his family, and watching sports including American football, soccer, and NASCAR. He is an avid traveler and believes in exploring the world in his free time. He remains involved in academics and has given lectures to urology residents abroad. He has also spoken at grand rounds at local academic centers. Dr. Alvi is a compassionate and caring physician, and wants to provide the best, and the most up to date treatment options available to his patients. He is also one of the highly reviewed urologist on healthgrades.com and vitals.com. He is also an active member of the American Urological Association (AUA) and Phoenix Urology Society.

Keep up with the latest developments in Urology, as well as news about our practice and events we sponsor.

Hear how the doctors at Urologic Surgeons of Arizona have helped our grateful and satisfied patients.

Visit our interactive patient education guide to learn about the conditions we treat.

At Urologic Surgeons of Arizona, Dr. Kashif Alvi and his staff provide the best urologic care in the Phoenix metropolitan area. Dr. Alvi is a well-known, board certified urologist with expertise in robotic surgery, and vast experience in diagnosing and treating conditions affecting men's health including Erectile Dysfunction (ED), Low-T, Benign Prostatic Hyperplasia, and Male Urinary Incontinence.  Dr. Alvi is one of the only urologists in the area to specialize in treating women’s urologic health issues. Urologic Surgeons of Arizona also provides treatment to many urological cancers.